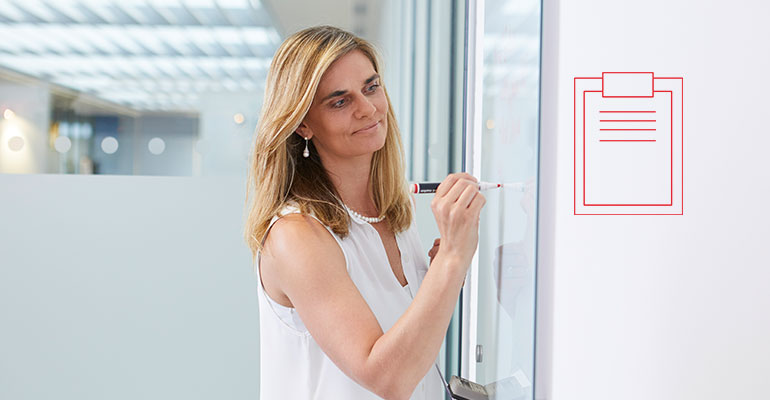 It’s one of the original ‘killer apps’, but it’s fair to say that traditional email is now a tad passé from a consumer and corporate perspective. In the corporate landscape we are seeing many other communication tools such as Instant Messaging (IM) platforms like - Microsoft Teams, Cisco Spark and Slack which are gaining enormous popularity.

Once workers experienced Facebook messenger, WhatsApp and any other number of IM (Instant Messaging) apps via their smart phone or tablet, it’s difficult to have them embrace something as relatively clunky and inefficient as email via a PC.

The IM platforms used in the corporate space are coupled with process automation – where chat bots can trigger business processes such as; booking meetings, flights and approving leave, providing support with help desk tasks and knowledge base searching.

The Modern Workspace looks to move the email platform to the cloud and move communication both internally and externally out of email to allow for automation.

The key thing companies need to consider when modernising their workspace is what are the best ways to empower staff to work and collaborate freely, while still ensuring a degree of control and oversight over how this is happening.

For many traditional office managers, this often comes down to curtailing people working from home. saas apps

Yet despite what we are often led to believe, staff want the freedom to choose where they work, which is not the same thing as assuming everyone would rather work from home in their pyjamas. Recent studies have shown that the average worker still prefers to spend the majority of their time in the office, but with the option to be offsite if need be.

Interestingly, this concept is now being inverted and applied to the workspace itself, so that staff have more freedom to work and collaborate within different locations in the office. Where once the typical office would consist of clusters of cubicles with a boardroom and a few separate offices, progressive companies are now experimenting with a more diverse range of spatial designs extending well beyond the basic idea of ‘open plan’.

This might be seen as partly a reflection of the trend towards breaking traditional corporate silos, whereby people working in divisions that once may not have talked to each other now find themselves collaborating more frequently. At the same time, today’s average worker has a more diverse range of responsibilities and tasks in meeting them.

Not always knowing whether a message has been received, having just the one interface to interact, as well as the dreaded spectre of ‘inbox overload’, the whole notion of traditional email seems to be counter to how a modern workspace should function.

It’s fitting then that as the traditional desk and desktop PC configuration ceases to be the only place where work happens, that technologies for sharing information and collaborating should adapt to be more fluid and interoperable.

Several staff might be working on a project from different locations within their employers’ premises, say an engineering lab, the boardroom and an open co-working space.

When years ago they would have had to manage using traditional email via their PCs, now they are able to use solutions like cloud-based email or IM to collaborate in real time from anywhere there is an internet connection and from any device.

Then there’s the difference in costs and labour

Managing access and security for business email clients is expensive and time consuming, not least of which because staff are notoriously bad at deleting old messages, which can often still be sitting on the server for a year or more. In addition, there’s the associated hassles of maintaining upgrades and software licenses, both of which SaaS solutions take care of automatically in the background.

If you’re starting to feel your organisation’s workspace isn’t living up to its full potential, TDL’s technology and design experts can help you develop the right plan to get your business and your staff working smarter. Talk to one of TDL’s expert consultants today!

Read more about the Modern Workspace and Activity Based Working…

Download our eBook on The Modern Workspace – enabling a better way of working to learn more.