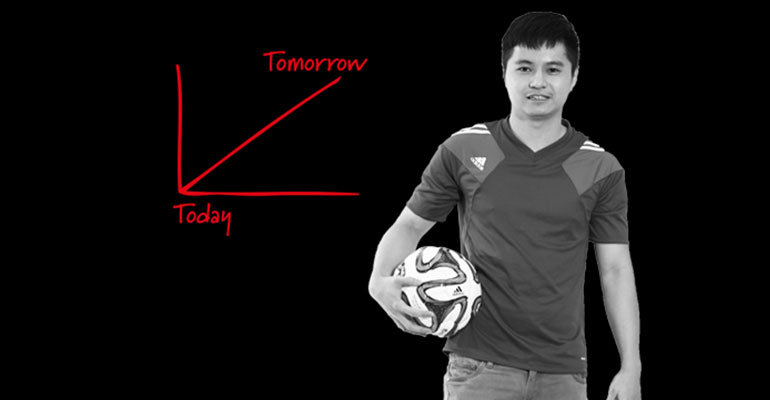 Digital predictions: Why the future of enterprise IT is bimodal

CIOs around the world are faced with a difficult conundrum, as digital divides from between what the IT organisation can provide and what the enterprise wants and needs. The business is pushing the digital agenda, keen to leverage value from the consumerisation of IT, cutting edge technologies, and the Internet of Things (IoT), unaware of the seismic shift in IT structure and processes this requires. How can enterprise IT leaders balance the necessity of keeping the lights on against the challenge of adopting emerging, business-changing technologies?

Social media, mobile, analytics and cloud – dubbed ‘SMAC’ by Cognizant and 'third platform' by IDC – are the technology stack that is the fifth wave of corporate IT. These new technologies have changed the competitor landscape – not only are there new entrants in the market, but they are more digitised and agile, not weighed down the hierarchies, rigid processes, and legacy IT infrastructure that burden established organisations.

Cognizant CEO, Francisco D’Souza warns, “Businesses must move quickly to embrace the change enabled by SMAC because competitive advantage, market leadership, and profitable growth are at stake”. But for enterprises managing large legacy IT environments that want to adopt more mobile and cloud services, this can be a challenge. How can they effectively compete against some of the new entrants that don't necessarily have the same IT anchors?

According to industry analysts, the key is to manage traditional and modern IT practices simultaneously, each at their own ‘speed’. Gartner calls this concept ‘bimodal IT’, while IDC refers to it as the ‘third platform’, but both are euphemisms for the same evolutions in IT: a shift towards deploying more user-centric, mobile-friendly software and services that more scalable, flexible and easily integrated than the previous generation of IT services.

Gartner’s bimodal IT recommendation is a statement of how IT must be organised to meet the burgeoning requirements being forced upon it by business units. The IT organisation can’t turn into a digital start-up overnight, so CIOs need to function at two speeds to seize the opportunity in digital business. According to a recent Gartner survey, nearly half (45 per cent) of them are currently doing so, and by 2017, Gartner predicts that 75 per cent of IT organisations will have a bimodal capability.

Being a ‘digitally-driven’ or ‘digital-first’ organisation doesn’t mean being 100 per cent digital. Even highly digital businesses use traditional platforms and applications, and even businesses born in the cloud end up building their own data centres once they experience significant growth. It’s simply not feasible to run an entire multimillion-dollar business on public cloud platforms such as AWS.

As a result, many companies renowned for their digital native status are now moving to hybrid IT models. Uber recently invested in its own data centre to support growth in its data-driven market platform. Another example is Tesla – a start-up with limited money and resources that disrupted the electric car industry with vehicles that were essentially a piece of code. Now the market leader, Tesla is in the process of building one of the world’s biggest factories to support production. It doesn’t get much more old school than that.

A tale of two ITs

In this new hybrid world of IT, there’s a great modernisation taking place; not just in terms of networks and data centres, but of IT processes and structures. It’s about how organisations are structuring themselves and changing their mindsets to think about their products and industries, then leveraging the relevant technologies and fitting them into this digitally driven world. That’s why even cloud-born Uber has ended up with its own data centres, and Tesla its own factory.

As Senior VP and GM of Red Hat, Werner Knoblich, says, “No industry is secure from disruption, particularly from players that scarcely existed a few years ago, which is why IT will be multi-modal for many, many years to come”. CIOs should begin to cultivate SMAC technologies, but they also need to remain engaged in their traditional practice areas. Part of being a strategic CIO today is getting that balance right, and ensuring the new integrates with the old so that services are delivered seamlessly to both internal and external users.

If you’d like to learn more about current digital trends and technologies, download the results of our 2015 Global CIO Survey here.