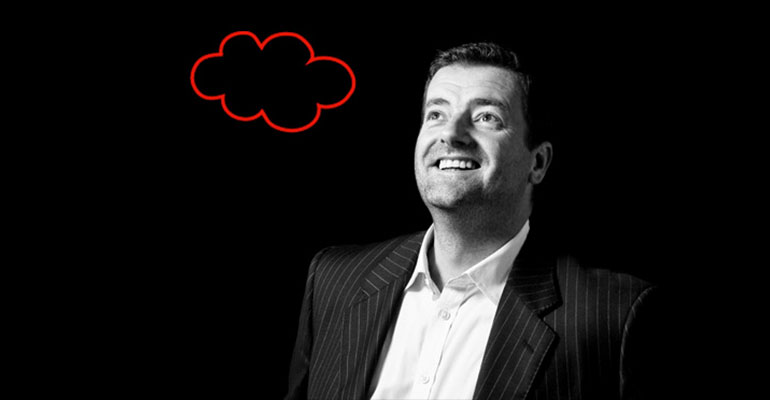 In part one of this blog we revealed some startling predictions from Gartner forecasting that the CMO will spend more on IT than the CIO by 2017. This got us thinking about why this might be the case.  We thought that with the seemingly inexorable move to the cloud - whether it's private, public or a hybrid approach - different forces were affecting the role of the CIO.

We interviewed a number of CIOs to test this hypothesis and particularly to examine that the role of the CIO is becoming more of a “cloud broker” and business enabler: creating consensus among stakeholders and setting direction and strategy, rather than a focus on implementation.

The Cloud’s impact on the role of the CIO

There seems little doubt in the minds of the CIOs to whom we spoke, that Cloud is certainly having a significant effect on the role of the CIO and the IT team. But this is not new. Cycles of technology come and go and the centralisation/decentralisation of IT architecture has happened a number of times. The Cloud is another cycle, albeit an important one. Those who have been working in IT for a while have been through this a number of times. CIOs see a sound underlying information architecture as being key to managing these shifts.

Derrick Wheeler, the CIO of the Port of Melbourne adds, “The “I” in “IT” is becoming more and more important. The technology itself is becoming better and better and generally it's very reliable now.” He believes the CIO is in the best spot to lead the shift to the cloud. “The idea of CIOs becoming Cloud Brokers makes sense. It is often the most educated and informed of the business functions. They understand what’s important to their users, they have a broad view across the organisation.” He believes CIOs should jump at the chance to work in a more strategic way. His view is that IT has long focused on the cost side of the equation and that largely this has been done. Now it's time to turn attention to innovation, enablement and the revenue side of the equation.

Almost universally, the CIOs to whom we spoke advise their peers to embrace the shift to The Cloud and not to try and quash cloud oriented projects. Whilst the apparent loss of control can be alarming, this only leads to the an upsurge in "shadow" or stealth IT, where heads of other departments start commissioning and implementing projects without IT’s involvement.  Marketing and sales automation projects are two classic examples: in the end IT is often called in to sort out the mess.

Chris Yates, IT strategy advisor and ex-CIO is an advocate for CIOs embracing Cloud. “So called cloud broking is a great opportunity for the CIO to move from pseudo procurement to a much more interesting, strategic and consultative role." One of the main benefits is speed of deployment. This makes it good for sandboxing. Often getting users to visualise what IT has designed and plans to deliver is a challenge and leads to many delays and projects going through many rounds of re-specification or even cancellation. Users get to see, touch and interact with the application. It’s good for IT to test if the stakeholders are really serious about deploying the project.

Despite these apparent benefits, some CIOs did worry about the “blame game” that’s being played inside some organisations. IT is often blamed for wanting to run a “nanny state” and exert complete control over users. But at the same time for IT to hand higher levels of control back to employees there has to be a shift in culture, to a point where employees and their departmental managers need to accept a greater level of responsibility when something goes wrong.  This blame game is still holding CIOs back from committing fully to delivering IT via a Cloud model.

The skillsets of the CIOs team

There seems little doubt in the mind of the CIOs we interviewed that the skills within their teams need to evolve.

In the 1990s the IT team was dominated by hardware skills. Now “networking skills is the new hardware” – for example, experience with Citrix and network optimisation technology is important. The role of the business analyst is becoming increasingly important as the CIO seeks and requires a deep understanding of the strategy and direction of the organisation. Equally, with the shift to Cloud, the IT team needs to have skills in managing third party relationships, such as setting and enforcing effective SLAs.

However, some CIOs caution their colleagues not to get too carried away. Harry Mckenzie, CIO at Pickles Auctions, says that there is still a huge amount of technical configuration and testing required, so the team must still be able to service these requirements.

What’s your view of the influence of the cloud on your role. Why not take 5 minutes and tell us your views in our short survey. We would really value your input, with final results to be published in our next NetLINK customer newsletter (and detailed findings sent to all survey respondents).