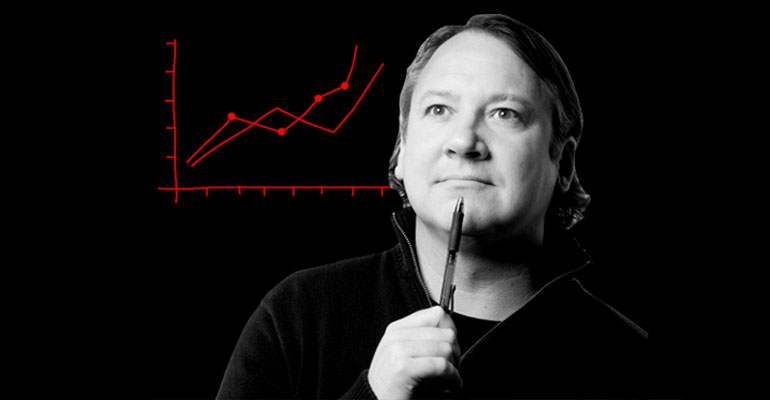 The time-poor CIO's guide to innovation

Innovation is increasingly being seen as enabling greater efficiencies and driving growth. Whilst executive sponsorship is a key ingredient for success in setting the right cultural ‘tone’, appointing an innovation advocate who owns it and chairs the designated team and manages the budget is a vital, pragmatic requirement. Who better for this role than the CIO, who is well positioned to bring together the technology, business process digitalisation and change process to support and drive innovation. In fact, over the next two years more than 70 per cent of CIOs will change their primary role from directly managing IT to becoming innovation partners.

There is a mandate for the CIO and his or her team to be a key player in enabling and driving innovation. A recent PwC feature article states: “As businesses look increasingly to revenue growth and ask the CIO to be more strategic, the CIO has the potential to do more than identify and add supporting technology for various initiatives. He or she can help design the end-to-end innovation process that leads to a better business in the first place, and then enable it as well”.

It is politically advantageous to be the source of innovation to gain credibility as a broader business leader around the C-suite. CIOs that help their organisations make this transition will see their influence and recognition within the increase as a result. If they don’t step up to the plate however they risk becoming irrelevant with more non-tech executives discovering they can make technology decisions better and faster without the involvement of IT departments.

Most CIOs are aware that they should be innovating, with 90 per cent in A. T. Kearney’s 2014 study on IT innovation saying that technology-driven business innovation is crucial for achieving competitive advantage. But the reality is that many CIOs are up to their necks in project and program execution, not to mention the daily management of IT staff and external suppliers, communications with other executives and the top priority of keeping the lights on. How does the CIO prioritise innovation in the context of these other pressures? Many have suggested that the CIO be rebranded as the Chief Innovation Officer to reflect the change in priorities.

But while innovation should always be top of mind for the modern CIO, not all innovations have to be revolutionary. As a CIO ‘jury’ in a recent ZDNet article discussed, it all depends on the organisation and the particular challenges that organisation is facing. Where one company may need to innovate on sourcing talent to meet business objectives, another may be under intense cost pressure. A non-innovative CIO would respond to this by cutting costs at the expense of cutting value, while an innovative CIO would figure out how to cut costs and add value at the same time. As one CIO said, “One can innovate in managing staff, communication and relationship development within the organisation, and even keeping the lights on. These can all be accomplished with new and more effective means and ends”.

The ultimate goal for CIOs looking to innovate should be to become closer to the business. That means having the practical skills to put together disparate, innovative solutions to solve business problems. Another CIO told ZDNet, “CIOs should innovate their way into the executive inner-circle of the organisation, really listen and learn once they are there, and then use those relationships and that learning as inputs to their 'innovation quest'". One way CIOs can do this is by setting up a regular game of tennis with their CEOs, as Logicalis CEO Basil Reilly suggests.

For the CIO who wants to do more in the operations role, this is the chance you’ve been waiting for. CIOs that focus on enabling their companies to innovate better and faster create big wins for the business, and themselves, by increasing their strategic value. But it’s important for CIOs to understand that they’re not expected to change the world – there are countless sources of innovation all around them. It’s just a matter of being creative and open to new ways of doing things to solve business problems.

For a more in-depth guide on how to enable innovation in the enterprise, click here to download our complimentary how-to guide, ‘The age of innovation: When change is no longer an option’.