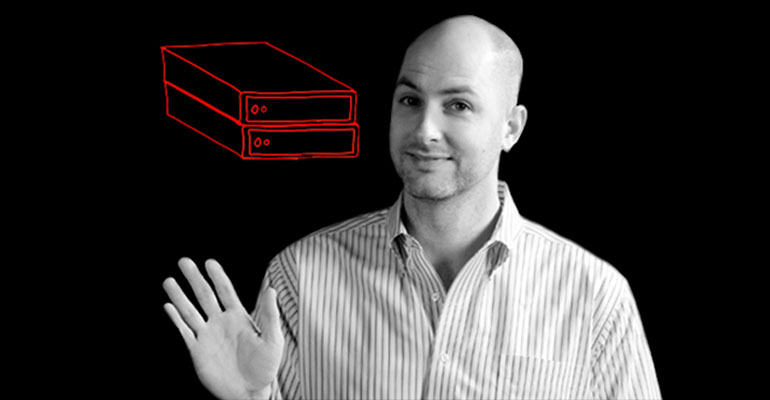 Does adopting a cloud strategy spell the end of the CIO’s role as we know it?

Gartner’s much-quoted prediction that CMOs will spend more on IT than CIOs by 2017 and the apparent rise of stealth or shadow IT got us thinking about formal versus informal cloud adoption by organisations.

So we surveyed CIOs in business and government organisations on the adoption of cloud services and its impact on CIOs.

This is likely due to the increasing awareness of the efficiencies cloud services can deliver to an organisation. Our survey shows that almost 50% of respondents agree that with the rise of cloud-based applications, spending on IT projects will shift to other departments.

What percentage of your applications are in a public cloud? 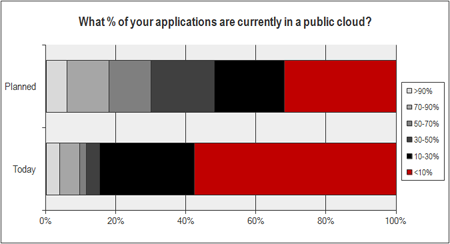 Despite organisations embracing the cloud, the majority of our survey respondents are very cautious about putting applications in the public cloud citing security concerns. 70% of the respondents believe when it come to cloud, data sovereignty is an issue in their organisation, most notably in healthcare or academia where data privacy is of high importance. Further, some respondents commented that their organisation is adopting cloud services on a case-by-case basis, rather than as a strategic initiative.

What specific functions are being migrated to the public cloud?

The impact of cloud on the role of the CIO

Almost 60% of the survey respondents agree that the new delivery model promised by cloud computing fundamentally affects the role of the CIO, with a further 12% strongly agreeing. In addition, half of the respondents think that outsourcing to the cloud frees up time for the IT department to spend on strategic tasks, specifically on innovation plans, development initiatives, forward planning and strategic direction consulting.

When asked how cloud services can impact the CIO’s role, whilst some respondents expect minimal impact many others see the impact as positive, allowing CIOs to be involved in more strategic decisions and more time spent on researching and developing ways to deliver cost savings. A select few of these respondents recognise the potential for a larger impact and envision that the CIO may evolve to play more of a consulting role. Essentially, they will be expected to lead change across the organisation and retain and high degree of relevance, control and influence over the systems implemented by the business.

What’s clear is that CIOs realise that its too late to “put the cork back in the bottle and the results of the survey suggest an alarming trend: a increasing lack of control by the technology department with IT spend shifting to other departments resulting in a rise in siloed skills and resources. Almost 90% of respondents agreeing that CIOs who don’t adapt to the new cloud environment risk a significant increase in the use of unapproved IT systems and software being used in the company – so called shadow or stealth IT.